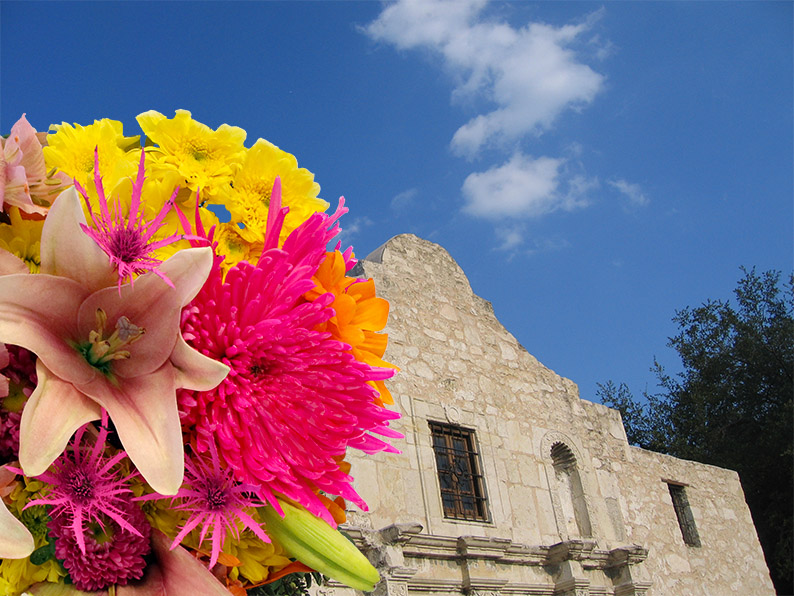 The southwestern corner of the Texas Triangle, San Antonio, along with Houston and other major cities, contains 70% of the population in the state of Texas. This area of interstates and skyscrapers hardly resembles the arid prairies stalked by television gunslingers.

Yet San Antonio provides something of a contradiction. In addition to the AT&T Center, Sea World and other modern attractions that draw visitors from across the world, the city contains the most significant bits of Texas history. Some of them date back as far as Spanish colonization.

Flowers enhance San Antonio’s variety of life in Texas, becoming sometimes even essential. On the following three occasions, you should definitely make use of fresh cut flowers.

Each spring, residents and visitors celebrate Fiesta San Antonio. Dating back to 1891, this weeklong festival commemorates the battles at the Alamo and San Jacinto. Since the festival’s inception, the biggest attraction has remained the Battle of the Flowers Parade, which recreates a mock battle of flowers. Today, this mock battle accounts for the only parade in the United States entirely organized by women.

Needless to say, fresh cut flowers play a huge role in the festival. If you are one of the more than 300 thousand attendees, you should decorate yourself with seasonal flower bouquets. By self I mean make a celebratory floral boutennire, bracelet or a hat. Checkout this out great DIY Cowgirl Floral Hat.

San Antonio residents take seriously the festival and reverence for Texas history. With a bouquet of flowers, you can let everyone know you are dedicated to the cause. You should also get a bouquet of flowers for hosting friends during the festival. Decorate a dining area or a coffee table with fresh cut flowers to demonstrate your involvement with Fiesta.

Since its foundation was laid in 1744, the Alamo has played an important role in Texas history. The Spanish had intended to use the mission to assimilate Native Americans. Mexico, having won its independence from Spain, later converted the mission into a military outpost. In 1836, just under two hundred men, women and children were slaughtered within the outpost at the Battle of the Alamo.

Often called the “Shrine of Texas Liberty,” the Alamo remains the most significant piece of Texas history and perhaps the reason for the state’s existence.

You should honor the sacrifice of the Alamo with a bouquet of flowers. You can get a seasonal flower bouquet for as little as a few dollars at you local supermarket. Surely, Texas is worth that much.

All the historical sites and many of the events in San Antonio remain the responsibility of volunteers. The Daughters of the Republic of Texas at the Alamo, docents at the other four missions and volunteers too numerous to list at the Fiesta festival all devote time and effort to the care of Texas history.

Let these volunteers know you appreciate them with a gift of fresh cut flowers. A seasonal bouquet of flowers will reward them for helping the millions of people that visit the city.

San Antonio is a central part of both history and life in Texas. Whether visiting Six Flags with the kids or living in your native city, you’ll likely find any time spent in San Antonio spent well. Remember to use fresh cut flowers when participating in Fiesta San Antonio, memorializing the Alamo and rewarding a volunteer, so you can honor the state of Texas and the history that created it.

Don’t forget to share with us your San Antonio moments: